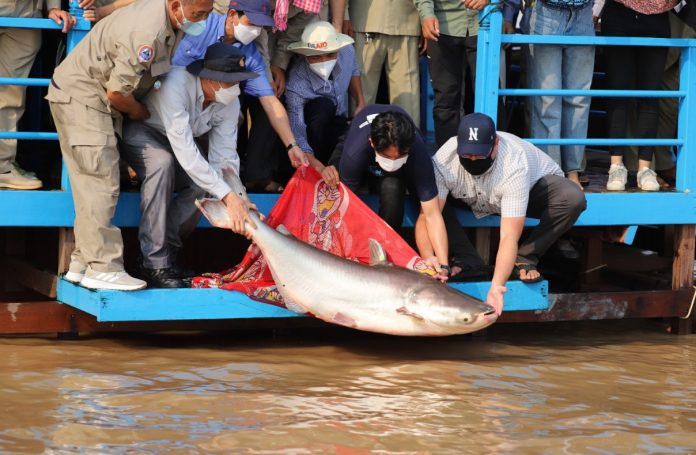 At a young age, Mekong giant catfish look the same as striped river catfish, their regular-size, widely consumed relatives. But as they mature, the giant catfish quickly eclipse their smaller kin, reaching a weight of 200 kilograms (440 pounds) in just six years.

It was this astonishing growth rate that alerted a fish farmer in Prey Veng province in Cambodia to the fact that she had mistakenly stocked her pond with one of the critically endangered goliaths. Over 13 years, it grew so massive that she could no longer accommodate it and was obliged to donate it to the local fisheries authority for release back into the wild.

Earlier this month, an international team of scientists and fisheries specialists liberated the behemoth into a network of protected areas in Tonle Sap Lake in central Cambodia, alongside 1,500 other captive-reared juvenile fish, in an effort to boost local fish numbers.