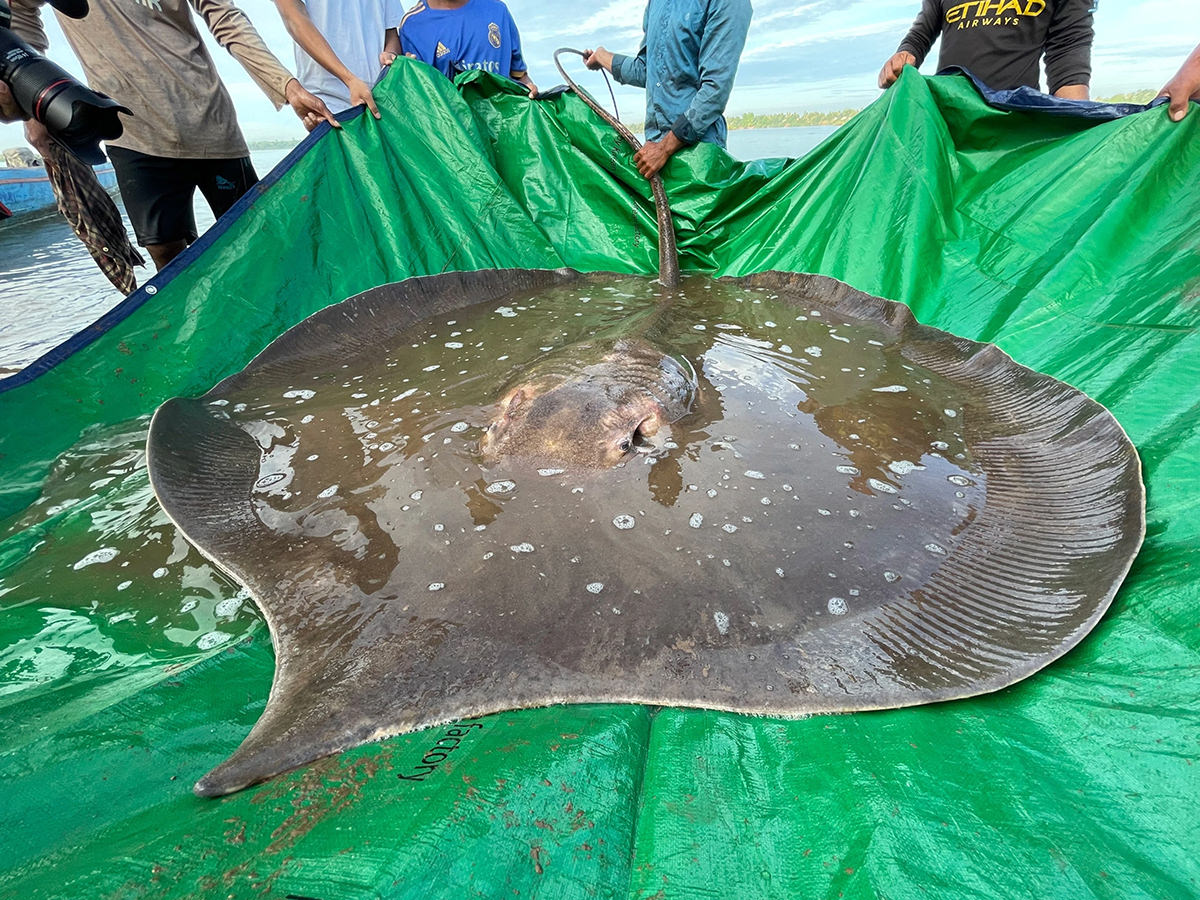 The murky depths of the mighty river seems to function as refuges for some of the biggest freshwater fish on Earth, explorers are finding.

As the Mekong River descends into Cambodia from neighboring Laos, flowing languidly past sandbanks and forest-covered islands, it’s hard to imagine the explosion of life that occurs underneath its surface.

In this stretch of river, about 100 miles long, up to 200 billion fish are spawned every year, helping to make the 2,700-mile-long Mekong one of the most fish-rich rivers on the planet. Deep pools reaching down 260 feet serve as refuges for some of the world’s largest and most endangered freshwater fish species.

This biological richness usually remains hidden from human view. But last week it surfaced, literally, as fishers hauled a 13-foot-long giant freshwater stingray, weighing almost 400 pounds, out of the Mekong’s murky depths. The fish had been captured accidentally after it swallowed a smaller fish on a baited hook. Not wanting to kill the female ray, the fishers called a rescue team, which managed to unhook it, weigh and measure it, and release it back to the river unharmed.

Previous articleHun Sen, Cambodian leader for 37 years, backs son to succeed him (video)
Next articleCannes Hidden Gem: A Visceral Search for Identity in ‘All the People I’ll Never Be’