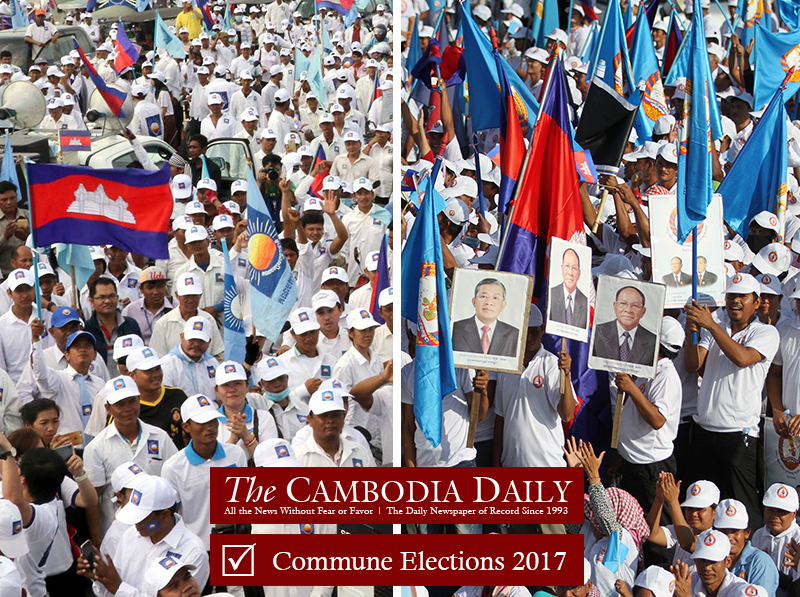 The CNRP and the CPP will cap off two weeks of commune election campaigning on Friday with daylong processions, to which they expect to draw hundreds of thousands of people through opposite sides of Phnom Penh amid heightened security, party officials said on Tuesday.

Current plans call for the CPP rally, which Prime Minister Hun Sen is slated to attend, to begin along Hun Sun Boulevard in the southern reaches of the city, with Mr. Hun Sen giving a speech along his eponymous road to at least some of the 150,000 expected to turn out over the course of the day, said Nget Chaddavy, head of the CPP’s municipal committee. Mr. Chaddavy expected the procession to stretch up to 9 km long and last until as late as 10 p.m. 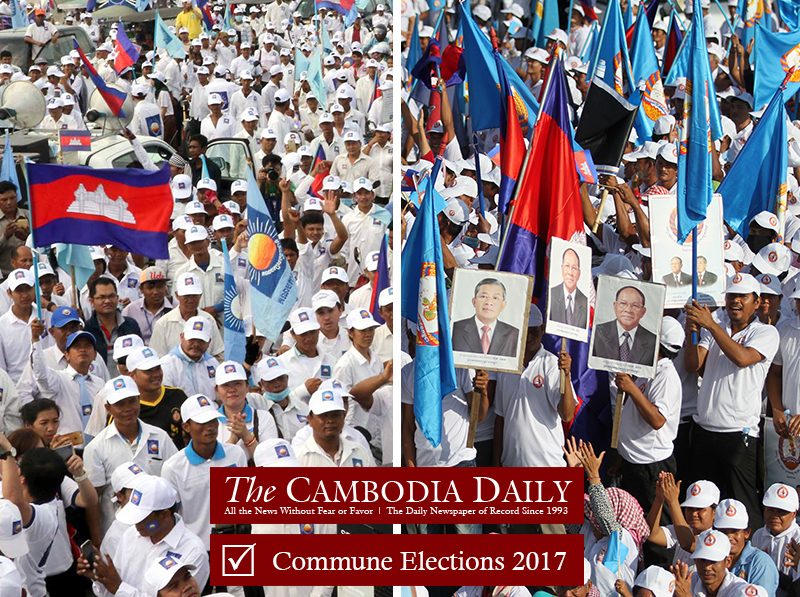 Mr. Hun Sen’s scheduled campaign appearance marks a break from tradition for the prime minister, who has generally avoided public appearances during campaign periods. Government mouthpiece Fresh News reported that he would ride in an open truck.

The CNRP, meanwhile, will start the morning with a rally and speech by party President Kem Sokha at the old Freedom Park in central Phnom Penh before joining a procession expected to draw at least 100,000 supporters throughout the day, according to Morn Phalla, head of the CNRP’s Phnom Penh executive committee.

Hang Puthea, spokesman for the National Election Committee, said the CNRP, which submitted its request after the ruling party, had agreed to adjust its routes if necessary to avoid passing the CPP procession.