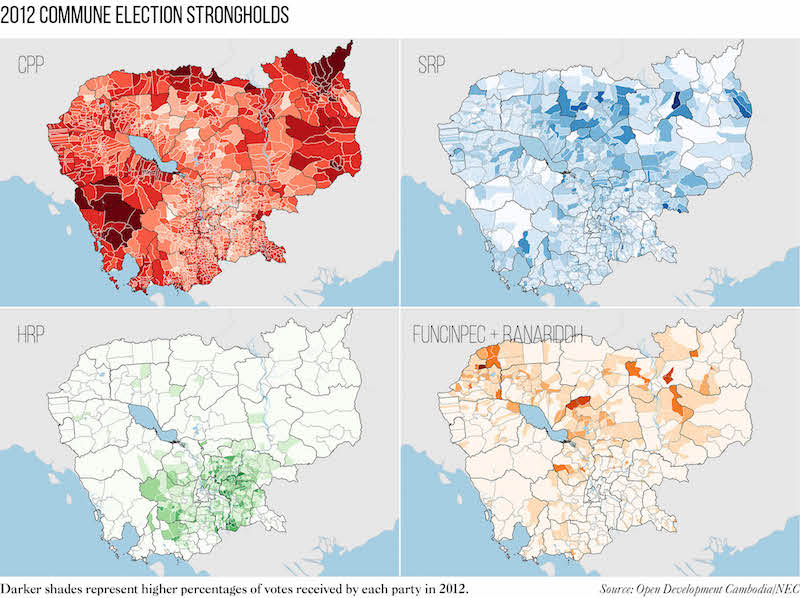 A CNRP television spot featuring former party president Sam Rainsy may have been rejected on Monday, but the country’s main opposition has found other ways to promote the exiled leader in its campaigning ahead of the June 4 commune elections.

Mr. Rainsy’s voice could be heard on Monday urging voters to support the CNRP along a street in Phnom Penh’s Prampi Makara district, as a tuk-tuk-mounted loudspeaker alternated between songs and political speeches. 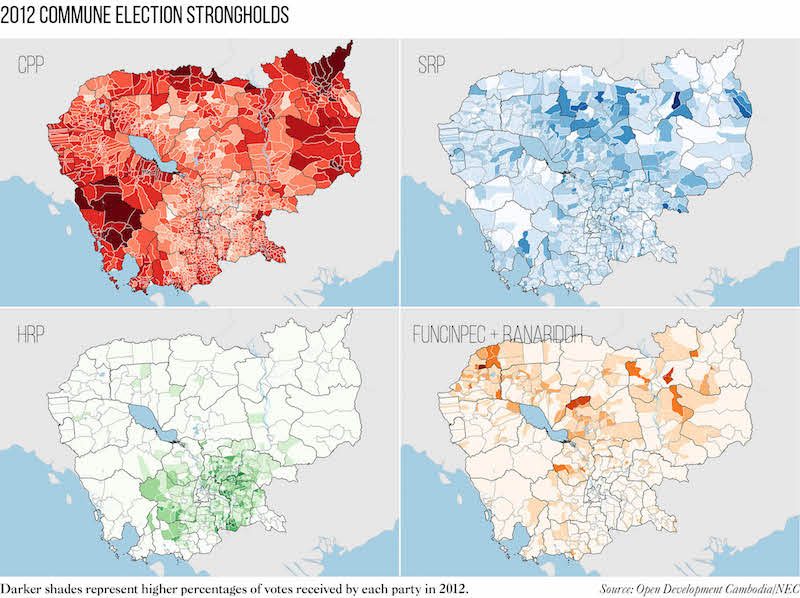 “People still love him,” said Keo Sarin, a deputy CNRP commune chief who was among a handful of opposition supporters accompanying the tuk-tuk on Monday. Mr. Sarin said senior CNRP lawmaker Yim Sovann had distributed the audio of Mr. Rainsy’s speech for party members to use.

The CPP, however, blasted the opposition on Monday over its use of Mr. Rainsy’s speeches and image in its election campaign. Ruling party spokesman Sok Eysan said Mr. Rainsy had passed his political sell-by date and was now “obsolete.”

Mr. Eysan said the CNRP’s use of his image was illegal, and Hang Puthea, spokesman for the National Election Committee (NEC), said Mr. Rainsy’s convictions disqualified him from appearing in a national TV ad.

“The NEC had a thorough discussion, and we will issue an official letter to the CNRP that it cannot broadcast” the spot, Mr. Puthea said.

The opposition’s decision to feature Mr. Rainsy in its election campaign was a calculated move, approved and encouraged by the party’s leaders, according to some CNRP officials and Mr. Rainsy himself. And election results data from 2012 suggests it could be a politically savvy one.

The NEC data, published in digitized form on Monday by NGO Open Development Cambodia, shows that during the 2012 commune elections—held before current CNRP President Kem Sokha’s Human Rights Party (HRP) and the Sam Rainsy Party (SRP) merged to form the CNRP in 2013—support for the SRP was strong in several northern provinces, while the HRP’s popularity was mostly centered in the south.

Mr. Rainsy’s supporters could prove crucial for the opposition in those northern communes, as the longtime opposition leader has retained a following despite living in France since 2015 to avoid a prison sentence over a defamation conviction, and being banned from returning home by the government in October.

Mr. Rainsy resigned from his post as CNRP president in February following the passage of controversial amendments to the law on political parties that could have resulted in his personal legal woes spreading to his party.

But he remains a crucial part of the opposition’s appeal, CNRP Vice President Mu Sochua said, and his resignation doesn’t seem to have stopped his message from reaching Cambodia.

Mr. Rainsy confirmed by email on Monday that he was coordinating his activities with the CNRP’s leadership, and said CNRP supporters consider him a “moral authority.”

“I understand CNRP activists and supporters’ desire [to hear from me] and I am happy to continue to address them on national issues,” he said, adding that he and the current president, Mr. Sokha, “agree on the way I continue to support the CNRP.”

Prime Minister Hun Sen has repeatedly tried to divide the opposition party, and political observers—as well as some in the CNRP—say the party remains a fragile alliance affected by old allegiances. The party has thus far avoided breaking up, however. Mr. Sokha has toured the provinces since taking over to bolster support from party members and taken on fundraising duties from the opposition’s strong base among expatriate Cambodian communities in the U.S. and elsewhere.

Ms. Sochua, who was part of the SRP before the merger, said on Monday that Mr. Rainsy was, along with Mr. Sokha, still a “leader of the country” and an important moral symbol for people.

“Wherever we go we talk about Mr. Sam Rainsy,” Ms. Sochua said. “He’s in the hearts of the people wherever they go.”

Mr. Eysan of the CPP said on Monday that while the opposition’s use of a convicted criminal’s image and voice as part of its political campaign violated the election law, the CPP’s leaders would not be pursuing the issue with the NEC.

“If the CPP looked to trouble him with legal means, it would have a wrong explanation that the CPP is scared of the obsolete person, which is not correct,” Mr. Eysan said, adding that it was up to local commune officials whether they wanted to file complaints.

Interior Ministry spokesman Khieu Sopheak, when asked if the opposition’s use of Mr. Rainsy’s voice and image was illegal, responded that it was a “component of an offense” and referred further questions to the NEC.

Mr. Puthea, the NEC spokesman, said that while a national TV spot featuring a convicted criminal would be illegal, any complaint about the use of Mr. Rainsy’s voice or image would have to be considered on an individual basis.

“If any party complains, the NEC will pick up that case for consideration,” he said.