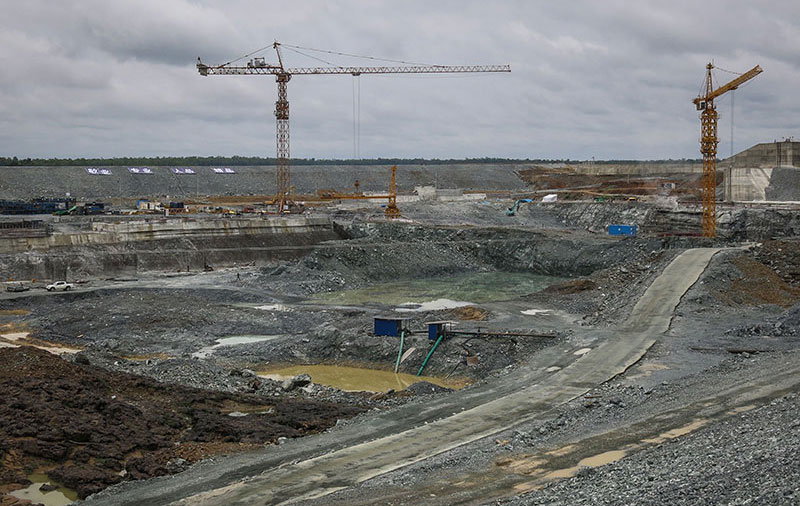 The World Bank Group is using poorly regulated intermediaries to help finance the Lower Sesan II hydropower dam and other projects in Cambodia evicting—or threatening to evict—hundreds of families, according to a new report that calls the practice “appalling.”

The report, released last week by a team of rights groups, accuses the International Finance Corporation (IFC), the World Bank’s private lending arm, of secretly funding 91 projects across Asia—including three in Cambodia—causing “severe” environmental damage and human rights abuses in breach of its own standards.

The IFC said it was making efforts to pick its investment partners more carefully and to help those partners vet the projects they back.

“These are extremely harmful projects that have or will displace tens of thousands of Cambodians and cause serious environmental damage,” David Pred, managing director of Inclusive Development International (IDI), one of the groups behind the report, said in an email.

“It’s appalling that the IFC, an organization ostensibly committed to sustainable development, is funding projects that are causing so much destruction.”

In the case of the Lower Sesan II dam, the IFC invested hundreds of millions of dollars in Vietinbank, and gave tens of millions to guarantee loans from Credit Agricole Corporate, both of which are heavily involved in the controversial dam project, raising concerns over potentially damaging impacts on local populations and the environment.

In 2013, environmental watchdog group Global Witness uncovered the IFC’s links to a group of Vietnamese rubber plantations that stole land from hundreds of indigenous ethnic minority families in the country’s northeastern Ratanakkiri province, clearing parts of their sacred forests. Reacting to a formal complaint from the families, the IFC stepped in to help scale back the clearing and protect their land. IFC-mediated negotiations between the companies and families are ongoing.

Last week’s report shows that the IFC is still financing questionable projects across the region. As with the plantations in Ratanakkiri, the IFC buys stakes in the banks and investment funds bankrolling the projects, obscuring its involvement.

“What’s just as indefensible is the IFC’s refusal to disclose where its financial sector investments ultimately end up,” Mr. Pred said.

“IDI spent the better part of six months and tens of thousands of dollars following the trail of IFC money down to the ground level. Yet we’ve only scratched the surface of its sprawling, multibillion- dollar financial sector portfolio, most of which is hidden from public scrutiny.”

He said the IFC’s loans to financial institutions were “out of control.” The IFC’s own ombudsman came to a similar opinion years ago.

In 2013, after auditing hundreds of IFC investments around the world, including in Cambodia, it concluded that the institution had no credible system in place to know whether its investments were making life better or worse for affected communities.

“This means that IFC has no quantitative or qualitative basis on which to assert that its financial intermediation investments achieve such outcomes.”

The rights groups behind the new report want the IFC to disclose all the end-users of its loans and either make sure they bring their projects in line with IFC standards or stop lending to high-risk clients.

Reacting to the report, the IFC defended its use of intermediaries, which it said helped in reaching far more people and small businesses than it could by working with them directly.

Kea Kunthea, a spokeswoman for the IFC in Cambodia, said the lender had social and environmental requirements in place intended to address the concerns the report raises, but conceded there was room for improvement.

“We will work with our clients to ensure compliance with our performance standards in cases where there may be gaps,” she said in an email.

“Our approach to environmental and social risk management with our financial institution clients focuses on building their capacity to assess and manage such risks effectively. We are learning, improving our approach, being more selective and providing more assistance to our clients.”

Ms. Kunthea did not elaborate on those efforts or answer questions about whether the IFC intends to be more transparent about where its money ends up.

According to the new report, the IFC and the IFC Capitalization Fund invested $307 million in Vietinbank—taking on a 13.4 percent stake—which in turn committed $2.85 billion in 2014 to Electricity of Vietnam, a minority partner in the Lower Sesan II dam project. Also according to the report, the IFC helped Credit Agricole Corporate assume more risk in emerging markets by providing it with a $90 million guarantee on a $2 billion portfolio.

Credit Agricole in turn contributed $30 million to Electricity of Vietnam and was the sole underwriter for a $137 million loan to the company.

The hundreds of families living in the way of the 400-megawatt dam were not consulted before construction began and are being forced off their land in exchange for compensation that NGOs believe is under market value.

Many fear that the relocation sites will make for harder living than their riverine homes. Researchers have also estimated that the dam, which sits at the confluence of two Mekong River tributaries, could cut the entire Mekong basin’s fish stocks by 9.3 percent, a major blow to local diets.

The going offer for Lower Sesan evictees is a new plot of land for a home, five hectares of farmland and a choice between a free house or $6,000 in cash.

Hundreds of families have taken the deal and moved, the alternative being nothing at all. Sarun Sokhom’s family is one of about 100 still refusing to budge.

Even though the new land on offer is more than what she has now, Ms. Sokhom, an ethnic Lao, is more afraid of losing the spiritual connections her ancestors have forged with the land over generations.

Ms. Sokhom said the World Bank Group was as responsible as the companies building the dam.

“If the World Bank gives its money to the company, it’s the same as the Bank destroying our homes and farms and killing our culture and tradition,” she said.

In Ratanakkiri, the report links the IFC to a gold mine concession overlapping the land of hundreds of families who were not consulted beforehand, as required by law, and fear losing their homes without fair compensation. The IFC has lent $45 million to Kotak Mahindra Bank, which has lent $2.26 million to Mesco, the mine’s Indian co-owner.