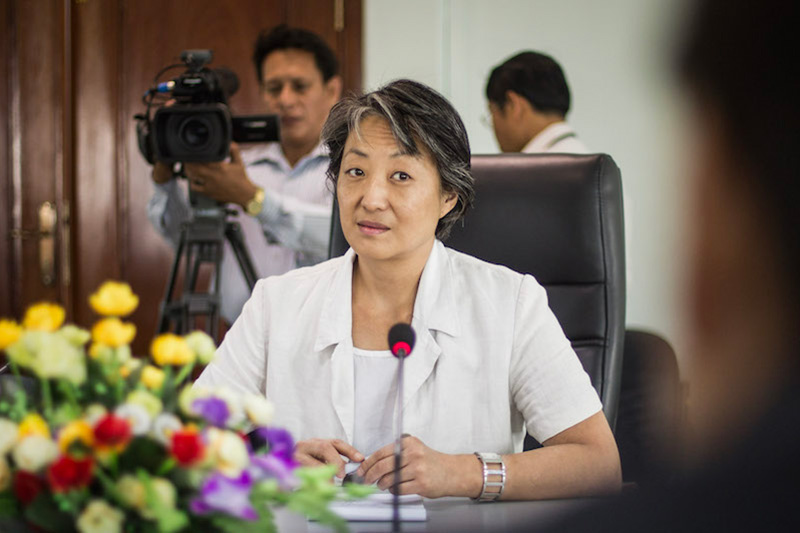 UN Rights Office Told to Cave or Shut Down

The U.N.’s human rights office must renew its agreement to work in Cambodia on the government’s terms by the end of the year or shut down its operations, Foreign Affairs Minister Prak Sokhonn said in a letter to the office’s headquarters in Geneva this week.

In an escalation of simmering tension between the government and the U.N.’s Office of the High Commissioner for Human Rights (OHCHR), Mr. Sokhonn said that if a lapsed memorandum of understanding (MoU) between the two parties was not renewed by December 30, the government would have “no choice but to execute its sovereign rights on the future of the field presence of the OHCHR in Cambodia.”

Negotiations over the MoU, renewed annually, have been stalled over the government’s insistence that a clause is added stipulating that the U.N. office will respect its sovereignty and not interfere in Cambodia’s internal affairs, interpreted by some to mean the government will not tolerate criticism from the office.

“More than ever, its representatives and spokesperson have been taking arrogant and disrespectful behaviors toward the sovereignty of Cambodia, which is unacceptable,” Mr. Sokhonn said in the letter addressed to the U.N.’s high commissioner on human rights, Zeid Ra’ad Al Hussein.

“Despite the RGC’s efforts to enhance the smooth, constructive and effective cooperation based on mutual respect, the OHCHR has furthermore been stepping up its interference in internal affairs of Cambodia,” he said, referring to the Royal Government of Cambodia.

The OHCHR has released a series of criticisms over the prosecution and jailing of opposition politicians and activists—actions it says appear to contravene the independence of the judiciary. The office has argued that such criticisms are part of its purpose in the country.

Government spokesman Phay Siphan said on Friday that a final decision on whether to close the OHCHR’s office in Cambodia would be made after the deadline passed.

“We had to do something,” Mr. Siphan said. “They were unprofessional enough.”

The office had overstepped its bounds by trying to tell the government what to do, he said. “They’re not policemen—not rulers here.”

The government has taken particular offense to comments made earlier this month by the OHCHR’s country representative, Wan-Hea Lee, who said an Interior Ministry directive to bar exiled opposition leader Sam Rainsy from entering the country appeared to violate his basic human rights.

“No elements of the decision to block the entry of Mr. Sam Rainsy into Cambodia have been brought to light that would allow anyone to assess its reasonableness, which renders the decision unjustified and arbitrary,” Ms. Lee said in an email to The Cambodia Daily.

The directive, sent out to airports and international border crossings, said officers should remain vigilant and “take legal action to stop this individual from coming into Cambodia, taking other action if necessary for serious and highly effective implementation.”

That letter said the OHCHR’s activities in the country were “not legitimate” due to the office’s MoU having lapsed since December.

The local OHCHR office referred questions to representatives in Geneva, who said only that discussions over the MoU were ongoing.

Previous article
Two Arrested Over Knifepoint Kidnapping, Extortion Scheme
Next article
CNRP Pushes for Rights of Migrants to Vote in 2018