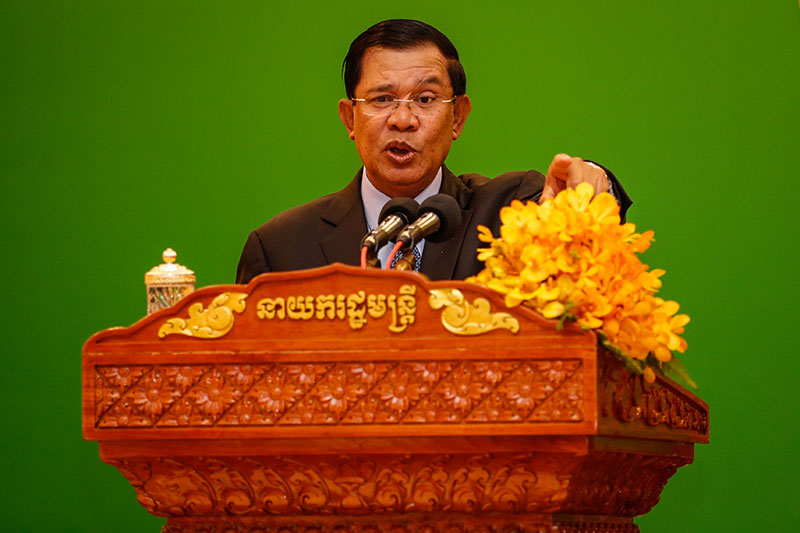 Prime Minister Hun Sen on Thursday declared an end to the government’s review of Cambodia’s economic land concessions (ELCs), pledging that nearly 1 million hec­tares of reappropriated property would be handed over to poor families. He also announced a major reorganization of the two ministries involved in granting ELCs.

Environmental and human rights groups have identified ELCs as a cause of some of Cambodia’s most pressing problems in recent years, from rampant deforestation to forced evictions across the country.

By the time Mr. Hun Sen bowed to the mounting criticism by placing a freeze on the issuance of new ELCs in 2012, the agriculture and environment ministries had handed out more than 2 million hectares of land to private com­panies, much of it covering prime forest or what was left of the country’s arable land.

Along with the 2012 moratorium, the prime minister ordered a full review of existing ELCs in an effort to discover which companies were in violation of their contracts with the government. But it wasn’t until early last year that a committee was formed to do the job.

At the inauguration of the Environment Ministry’s new headquarters in Phnom Penh on Thursday, Mr. Hun Sen said the committee had finally finished its work.

“The task is completely finished,” he said. “Now, only 1,090,000 hec­tares of land are allowed to remain for investment and almost a million hectares of land was taken back.”

Mr. Hun Sen said the reappropriated land would be doled out to families with little or no land of their own. “So there will be no issue of a lack of social land concessions to give to landless families,” he said.

Speaking at the same event, Environment Minister Say Sam Al said 23 of the 113 ELCs issued by his ministry had been revoked as a result of the committee’s work, and that another four firms had voluntarily handed their concessions back to the state.

Mr. Sam Al did not say how much land those concessions covered.

That is nowhere near the almost 1 million hectares Mr. Hun Sen claimed on Thursday that the state had reappropriated. The premier did not explain how the figure had been reached, and spokesmen for the two ministries could not be reached for comment.

Also during the inauguration, Mr. Hun Sen announced a reorganization of both ministries.

Under the guidance of Deputy Prime Minister Keat Chhon, he said, the Agriculture Ministry would continue to oversee the ELCs it had issued, but also take responsibility for concessions inside protected areas that the Environment Ministry had previously overseen. At the same time, he added, the Environment Ministry would take control of certain protected areas that had been run by the Agriculture Ministry.

Mr. Hun Sen said the new Ministry of Environment and Natural Resources would focus on conservation, and the Ministry of Agriculture on “investment.”