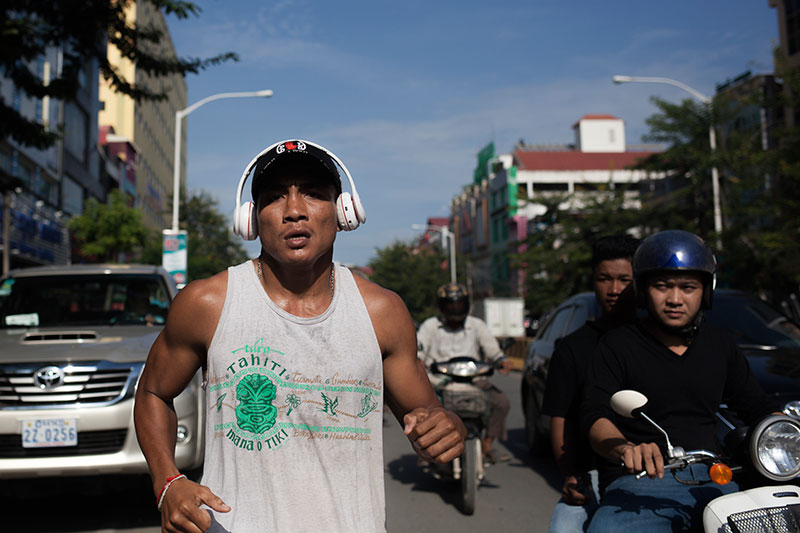 No Love Lost as MMA Rivals Prepare for Rematch

Sitting on a mat inside his crude gym in Phnom Penh’s Daun Penh district late last month, mixed-martial-arts (MMA) fighter Chan Ro­thana recalled the disqualification that sent him circling the ring in tears during ONE FC: Rise of the Kingdom in September last year.

“I didn’t have any bad intentions…but my opponent wouldn’t get up and I was disqualified,” the 28-year-old said. 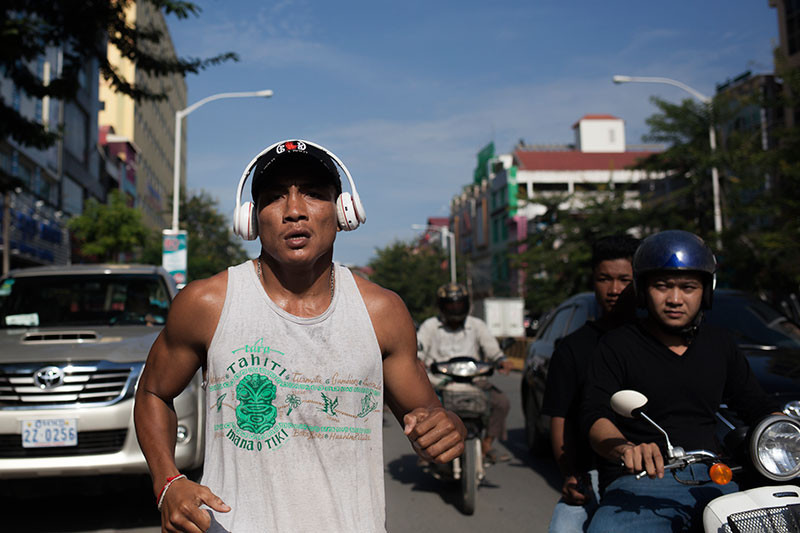 Mr. Rothana was referring to rival Dun Sam Ang, 24, who just minutes into the fight was rocked by what appeared to be an unintentional ax kick to the head and a swift follow-up punch as he lay prone on the ground, only to re­turn to his feet to lift the Cambo­dian Featherweight Grand Prix trophy after his opponent had been disqualified.

The all-Cambodian bout was among the most controversial moments of last year’s event at Koh Pich Theater—the first of its kind in the country—with boos echoing around the arena as large screens replayed the incident, in­tensifying as Mr. Sam Ang’s arm was raised in victory and Mr. Ro­thana, the fan favorite, broke down in tears.

On Saturday night, the two bantamweights will face off in a much-anticipated rematch as the pomp and drama of the MMA franchise-—since rebranded One Championship—returns to Koh Pich for a fight night titled King­dom of Khmer.

A native of Battambang prov­ince who trained in the traditional Cambodian martial art yuthakun khorm as a teen but dreamed of running a restaurant, Mr. Roth­a­na was a latecomer to competitive fighting, taking up kickboxing at the age of 17. He quickly made a name for himself on the local circuit, and was soon being hailed as one of the country’s most accomplished in the ring.

As MMA—the fastest growing sport in the world—swept across the globe, Mr. Rothana was drawn to the glitz, glamour and in­ter­national exposure it offered.

“First I got videos of the Russian fighters, I watched and thought, ‘This kind of sport could earn me a lot of money.’ I wanted to show myself off and make my name well-known,” he said.

Last year, Mr. Rothana got his wish and was matched up against Mr. Sam Ang for the country’s major MMA debut, a night that is still etched in his memory.

“My aim was to take the Grand Prix trophy, and I wanted to show the talent of Khmer fighters, but I was disqualified by the judge be­cause I stepped on the face of my opponent,” he said. “This spoiled my dreams.”

Mr. Rothana said that his rival “might have been pretending to be hurt, because later he gave interviews like normal,” and that relations between the two were polite but not friendly.

“We’re not good friends, but we ate at the same table,” he said, referring to a training trip to the Thai island of Phuket shortly after the disputed fight.

“I will not lose a second time. That mistake hurt enough; it won’t happen again. I feel no need to get revenge outside the ring, but inside the ring, I will get angry,” he said.

In an interview at Phnom Penh’s Old Stadium this week, Mr. Sam Ang denied faking his injury last year, and said he had grown frustrated with such suggestions.

“Rothana himself should understand, because he stepped on me and punched me when I was down on the floor. He should know that you can’t do this,” he said.

“For me, when I see him, I call him brother and I keep a normal relationship, but then he talks behind my back by saying things like I’m not a good person.” 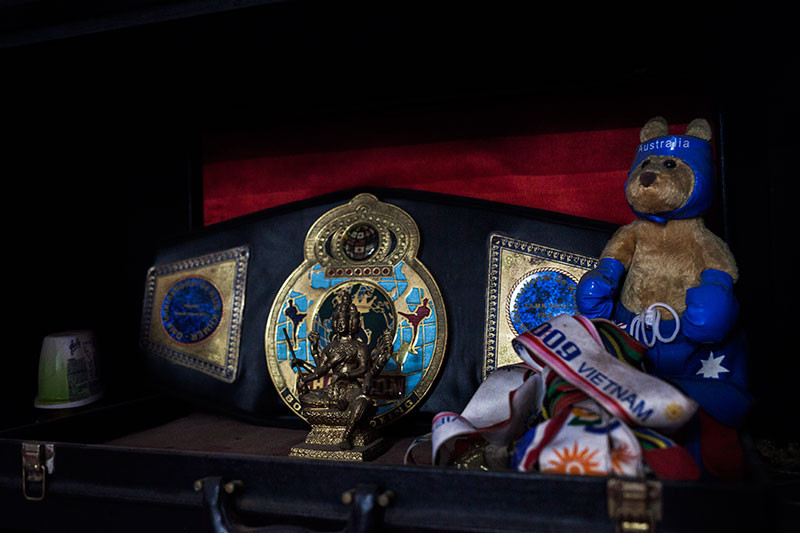 Born to a poor farming family in rural Prey Veng province, Mr. Sam Ang said he was a mischievous child who regularly skipped classes and got into fights. As a teenager in 2006, he dropped his studies and got involved in cockfighting in Kampot and Preah Sihanouk provinces.

“I was naturally drawn to cockfighting. My father was a farmer and I’d always skip class and go and find cocks to train to fight when I was a teenager,” he said.

When authorities began to clamp down on cockfighting in the late 2000s, Mr. Sam Ang decided to enter the ring himself, but struggled to shake his bad-boy image.

“I traveled to Phnom Penh to try and train as a kickboxer, but no­body would accept me; they al­ways refused me because they considered me a rude playboy,” he said.

“I saw him in torn clothes and a shaved head,” Mr. Phouthong said in an interview Thursday. “He seemed like a street boy with nowhere to stay, so I decided to train him.”

The teenage tear-away quickly found focus and made a name for himself as a fearsome kickboxer. In 2012, he began MMA training, and ONE came calling last year.

Despite his successes, Mr. Sam Ang feels he still has a point to make when he enters the cage on Saturday night.

“I want to use the fight to clear up these rumors, I don’t want people to say I’m a faker,” he said. “Even if I hit to the floor, I will get back up and fight—I will fight until the end.”