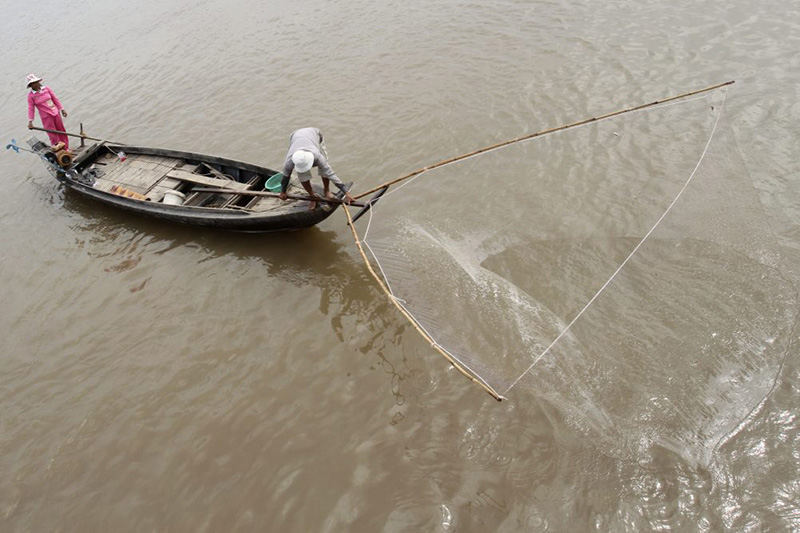 As Laos forges ahead with plans to build 134 dams on the Mekong River and its tributaries over the next two decades, international experts have cast doubt on its proposals for averting devastation for the waterway’s estimated 850 species of fish.

Gathered at a conference in Vientiane this past week, the experts assessed—and largely dismissed—the feasibility of preserving the Mekong ecosystem through the construction of “fish passages” around the dams, a system of artificial streams and troughs that aim to let fish migrate from one side to the other.

“There’s no telling if it will work. There’s not one instance of a fish passage ever working in this region,” said Ian Baird, a professor of geography at the University of Wisconsin in the U.S., while discussing one Laotian proposal during a telephone interview.

The conference was held after the Laotian government officially announced it was moving forward with Pak Beng, the third of a cascade of 11 major hydropower dams proposed along the Me­kong in Laos and Cambodia.

The previous two are Xayaburi, the construction of which is well underway, with electricity generation scheduled to start in 2019, and Don Sahong, just 2 km from the Cambodian border and under construction since December. The government also reiterated in a news release related to the conference that 134 new dams were in the pipeline to be built along the river and its tributaries over two decades.

“The Xayaburi fish passage being put in is probably the best fish passage ever built in this region,” Mr. Baird said. But fish passages have proven “problematic” around the world, he said, with those in North America and Europe designed to help only two or three species of fish upstream.

In the Mekong, meanwhile, there are more than 800 species of fish, with diverse spawning habits and different migration seasons, said Michael Roy of the U.S. Department of the Interior, a conference consultant.

To be effective, fish passages must take fish migratory behavior into account, he said. Yet research on the ecosystem is patchy, and the Laotian government has already signed agreements with the developers of the dams now underway.

“It’s impossible for them to ask for additional mitigation now,” he said.

With sparse existing science, and dam construction moving inexorably forward, Mr. Roy said there was no foretelling the destiny of the Mekong fish or its fishermen.

“I don’t think we have numbers we can present. We can look around the world and say we’ve made significant gains with fish passages. We’ve kept species extant, at least,” he said.

But the issue in the Mekong ba­sin, with 60 to 70 million people depending on the fishery, was not just about keeping fish alive.

“Here, food security is the question,” he said.

With overfishing on the river and upstream dam construction in China, it’s already an issue for thousands. Villagers living below the construction site for Don Sahong this summer reported mass fish deaths for three or four days in June, accompanied by chemicals in the water.

While a number of residents blamed the deaths on the construction, a company report from Mega First, Don Sahong’s developer, said that fishermen in desperate search of a catch were dropping explosives in the waters below the site.

“When there’s less fish, they bomb them,” said Neang Lekkhina, a villager who lives below the dam, though she added that she was not sure what was causing the deaths.

Viraphonh Viravong, Laos’ vice minister of energy and mines, however, was optimistic about the future of the Mekong.

“There will be a lot of people doing monitoring and follow-up” on the dams’ effects on fish, he said. “I am sure that it will be enough.”

As for agreements Laos has signed with dam developers, “any agreement can be changed,” Mr. Viravong said.

When asked where the money to improve a bad fish passage would come from, Mr. Viravong said the Laotian government had a monitoring budget.

“If it’s true that it’s worth doing, compared to the investment, then we’ll find the money to do it,” he said.