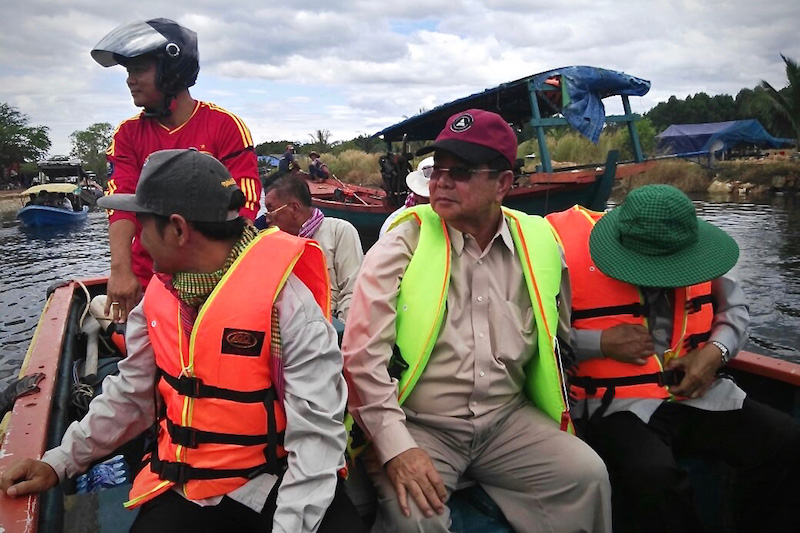 The National Assembly’s anti-corruption commission has asked Suy Sem, the minister of mines and energy, to appear for questioning on December 15, as villagers in Koh Kong province cast doubt on government claims that it had temporarily banned sand mining there.

Records from both the U.N. and Singapore show that the city-state imported tens of millions tons of sand more from Cambodia than the country reported exporting there. The government has variously attributed the discrepancies to different tracking systems, smugglers from other countries sailing under the Cambodian flag and undefined “inefficient practices.”

In addition to the differing figures, Mr. Chhay said parliamentarians were interested in explanations of the ministry’s licensing process for other commodities, including gold.

“There are so many licenses being sold out for nothing to people who have no idea what mining is all about,” he said. “And they can sell the licenses to people in other countries for a very high amount.”

Ministry spokesmen could not be reached on Thursday for comment. In response to recent criticism over dredging, which can decimate river ecosystems, the minister traveled to Koh Kong province this week to meet with villagers and inspect dredging operations.

Mr. Sem “promised to ban all mining” in the province, according to Thun Ratha, an activist for the environmental NGO Mother Nature, who attended ministry sessions.

Dredging “doesn’t happen during the day, but it is still happening at night,” Mr. Ratha said, adding that the ministry asked villagers witnessing foul play to collect evidence and report incidents.

“We won’t trust them 100 percent until they take away all sand dredging boats,” he added.

In a post on its Facebook page about the visit, the ministry did not mention any ban, instead focusing on a roughly $40,000 community fund it set up “for the purpose of community development, such as the construction of concrete roads, buying clean water boilers and buying water pumps for fire protection.”

Mr. Sem is the second minister summoned by the National Assembly in recent days over allegations of poor governance, joining Health Minister Mam Bunheng. Both requests now sit on the desk of Prime Minister Hun Sen, according to Assembly spokesman Leng Peng Long.

“I think Samdech is busy or has a technical problem, but they will both come,” he said.