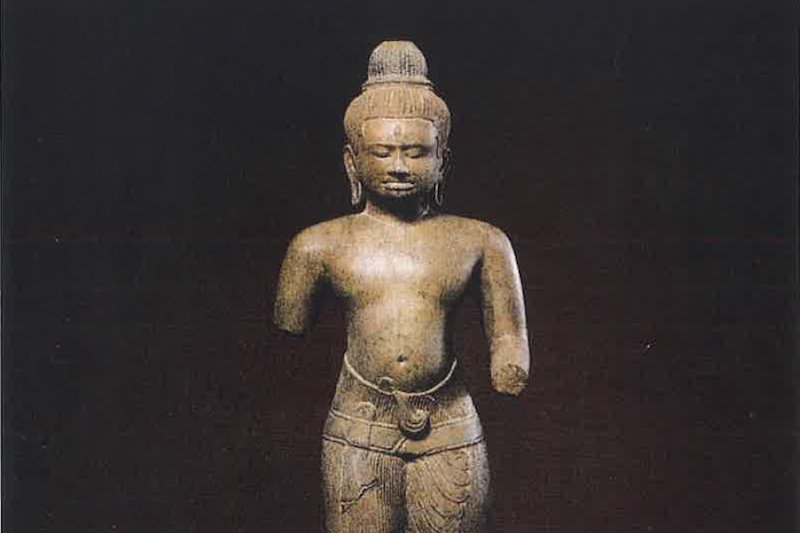 A prominent U.S. antiquities dealer was arrested on Wednesday morning in New York for selling millions of dollars worth of artifacts allegedly looted from Cambodia and other countries that ended up in top museums around the world.

The complaint, filed by New York State against prominent Asian antiquities dealer Nancy Wiener for criminal possession of stolen property and conspiracy, offers a front-row seat to a sprawling trade linking Ms. Wiener with smugglers, forgers and big-name auction houses that sold Cambodian artifacts without researching their past.

From at least as early as 1999, New York prosecutors say, Ms. Wiener “used a laundering process that included restoration services to hide damage from illegal excavations, straw purchases at auctions to create sham ownership histories, and the creation of false provenance” to dodge international law on antiques sales.

The website for Ms. Wiener’s eponymous gallery boasts that her collections have been displayed in the Metropolitan Museum of Art in New York, as well as the Asian Civilizations Museum in Singapore and “numerous prestigious private collections.” She was released later on Wednesday after posting $25,000 bail, according to The New York Times.

The complaint highlights Ms. Wiener’s purchase of the Baphuon Shiva, an 11th-century Angkorian-era statue that prosecutors claim was plundered from Cambodia, acquired by a dealer identified only as Co-Conspirator #1—“an antiquities dealer based in London and Bangkok”—and eventually resold on Ms. Wiener’s behalf by the auction house Sotheby’s for $578,500.

Despite noticing irregularities with the standing statue of the Hindu god Shiva—an employee noted it had “cracks and joints dressed up with paint splatter to mask repairs” —the auction house accepted Ms. Wiener’s claim that the item had been purchased in the 1960s from a private British collector.

Prosecutors allege that another Angkorian-era statue originating in either Cambodia or Thailand was similarly obtained by Co-Conspirator #1, who worked with several others to mask the object’s origins before it was eventually put up for sale at Ms. Wiener’s gallery for $1.5 million.

Citing legal expert Tess Davis, the complaint says the sale appears to contravene Cambodian law on so-called “cultural patrimony” that forbids the sale of items removed from the country after 1900.

Ms. Wiener also stands accused of forging ownership records for almost $13 million worth of artifacts she inherited from her now-deceased mother Doris Wiener, a prominent New York art dealer who sold items to composer Igor Stravinsky and former U.S. First Lady Jacqueline Kennedy, according to her obituary in The New York Times.

By taking advantage of lax provenance rules at the auction house Christie’s, which only required items it sold to have left Cambodia before 1999 and appeared not to scrutinize Ms. Wiener’s claims, prosecutors say that she sold some 380 lots of her mother’s collection for about $12.8 million in 2012.

Lawyers for Sotheby’s and Christie’s, neither of which are defendants in the suit, did not immediately respond to a request for comment.

The Cambodian government and Unesco have been working in recent years to press for the return of looted artifacts from museums and private collections, with increasing success.

Officials staged a ceremony in March welcoming the return of a 10th-century Angkorian statue from the Denver Art Museum.

Like the Metropolitan Museum, which returned statues to Cambodia in 2013, the Denver Art Museum is one of several U.S. museums that sourced items from the Bangkok-based British collector Douglas Latchford, according to research by journalist Jason Felch, author of “Chasing Aphrodite: The Hunt for Looted Antiquities at the World’s Richest Museum.”

Mr. Latchford has denied any illegal dealings in his work buying and selling antiquities, mostly of Southeast Asian origin.

“This is somebody’s imagination working overtime,” he told The New York Times in 2012 when asked about a separate case in which he was accused of having a role in Sotheby’s obtaining a Khmer statue through legally dubious means.

“I never conspired with anyone,” he said.