The Cambodia DailyAll the news without fear or favor
Home The Cycle of Rice: Waiting for Rain

The Cycle of Rice: Waiting for Rain 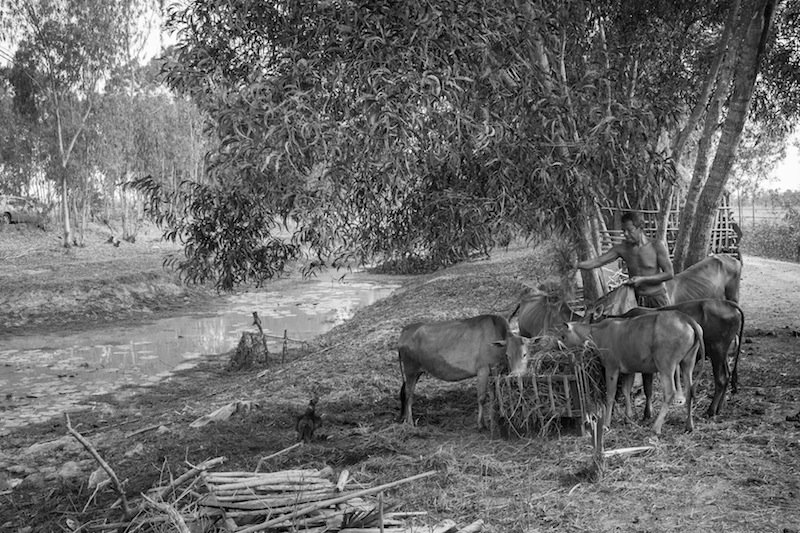 The worst drought in decades is choking the country, and single-crop rice farmers are hurting the most. This is the ninth in a 12-part series on Cambodia’s rice cycle, to be published monthly.

For the first time in his life, Thorn Manh is considering the possibility that his simple but comfortable life as a rice farmer might be coming to an end.

“Maybe, if the rain doesn’t come, I will leave to find a job as a construction worker,” he said this week. “I want to be a farmer, but I have no choice.”

The oppressive drought devastating the country—described by Prime Minister Hun Sen as the worst natural disaster in a century—has hit many hard, but perhaps no group as severely as low-income farmers such as Mr. Manh.

“We have been rice farmers forever,” he said. But though generations before him have been able to make a living off the land, the drought has served as a sign that things will have to change.

“I’m suffering,” he said, looking up at a cloudless late afternoon sky. “Where is the rain?”

Mr. Manh’s hectare of farmland typically produces two tons of rice during the rainy season, enough to satisfy the needs of his wife, three children, mother and other family members.

Predicting two months ago that it would be a difficult year, he sold his cow for $250 and emptied his savings—about $50 —and used the money to build a 50-meter-deep hand-pump well on his property, located about 3 km from the Vietnamese border in Kompong Chamloang commune.

“There is no money left,” he said, explaining that this year had been so hot and dry that the well had been useless, leaving his patch dry until the rain comes, which could be as late as July, the government has warned.

The situation is very different about 2 km from Mr. Manh’s farm, where Hen Somdoeun and his family own a four-hectare plot, 500 square meters of which is covered in bright green shoots. A mechanical pump was humming in a small shed, tapping into an underground reservoir to keep the field irrigated.

Though he too is worried about the lack of rain, Mr. Somdoeun can count on the pump to keep the small plot alive, allowing his family to transplant the rice when rain finally falls.

“I will take this crop off my friend,” Mr. Somdoeun said from the edge of his plot, laughing and slapping an in-law on the back.
The gasoline-powered pump set Mr. Somdoeun back $400 and costs about $70 per month to run, pricing it well out of the reach of the majority of rice farmers, who still make up 90 percent of the population in this rural province, just two hours from Phnom Penh.

Across the country, 83 percent of farmers continue to rely only on rain to irrigate their farmland, according to Theng Savoeun, secretary-general of the Coalition of Cambodian Farmers Community, meaning they can plant and harvest only one rice crop each year.

At the provincial agriculture department, deputy director Pov Thida said there was little that could be done about the hit to this year’s harvest, but that her staff would distribute cabbage and morning glory seeds to those most in need.

“I advise farmers to raise animals, planting vegetables instead of growing rice in this hot season to compensate for their losses,” she said.

The national government last month deployed one hundred military transport trucks to distribute water to the areas worst hit by the heat, and has instructed provincial governors to stay put and oversee relief efforts in their jurisdictions.

Ms. Thida said farmers in Svay Rieng had not received any of the emergency assistance. But it’s not difficult to find locals who need help.

As with Mr. Manh, sisters Sek Sophal, 60, and Sek Nam, 67, said their well had run dry, leaving them at the mercy of the skies to plant their yearly crop on a hectare of farmland.

Ms. Sophal and Ms. Nam rely on the harvest for food throughout the year, and this season was already off to a rough start: A rogue cow injured Ms. Nam’s left arm, which she was treating with a makeshift splint.

“I am very worried about the heat,” Ms. Nam said. “We have only each other. No one will support us.”