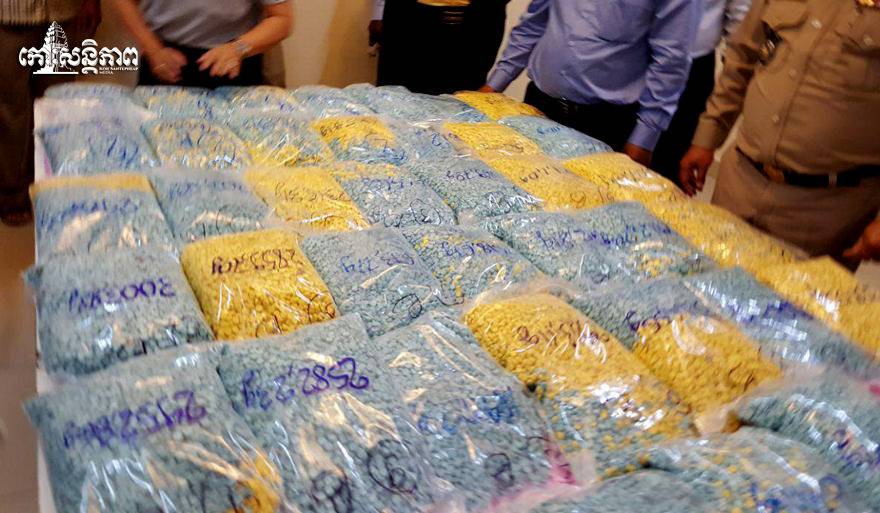 Cambodia arrests two men with over 9kg of drugs

Kim Va, a 35-year-old tuk-tuk driver, and Keo Sothea, a 25-year-old unemployed man, were detained on Friday during a raid at their houses in Phnom Penh’s Por Senchey district and southwest Kampong Speu province’s Thapong district.

“A total of 9.64 kilograms of crystal methamphetamine was seized from the two suspects,” the report said, adding that two cars, two cellphones and two scales were also confiscated from them.