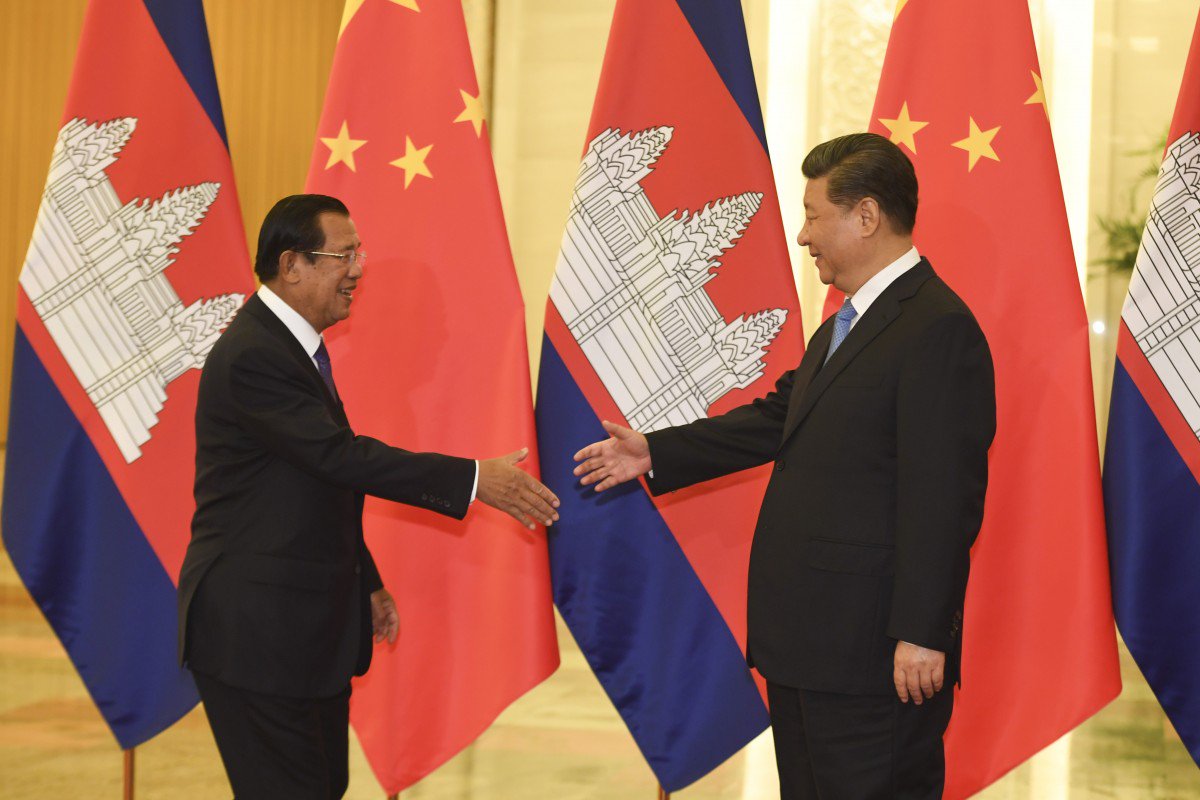 The Southeast Asian nation signed at least nine deals with China last week on the sidelines of the second Belt and Road Forum. These investments have seen growing anti-Chinese sentiment, and some analysts say it is likely political obedience to China will include military access.

Beijing’s pledge of US$90 million in support of Cambodia’s defence sector was among at least nine deals the Southeast Asian nation signed with China last week during the second Belt and Road Forum.

The deals reaffirmed Phnom Penh’s close ties with the superpower, moving it further away from its major development partner, the European Union.

Besides the defence funding, China agreed to up its imports of rice from 300,000 tonnes to 400,000 tonnes, and announced plans to launch a second phase of development in the coastal Sihanoukville province where it has already built over 100 casinos and dozens of hotels and resorts.