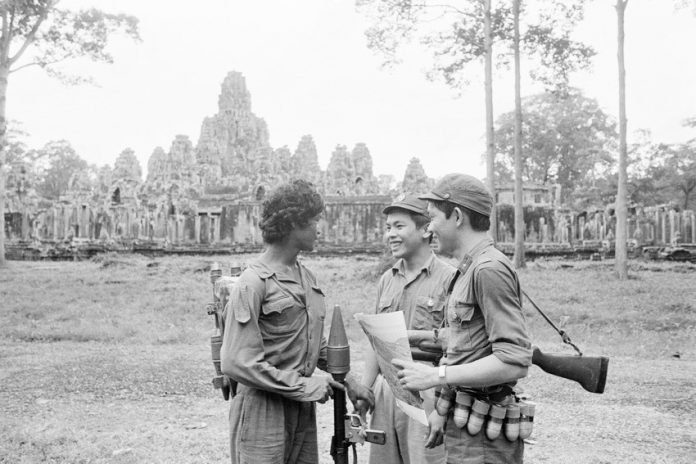 In an interview with Vietnam News, General Pham Van Tra, who led Vietnamese forces into Cambodia in 1978, recalls the conflict from a perspective seldom heard.

Our counter-offensive along the southwestern border and the war against Pol Pot regime had three phases: The first, protecting our border and people; the second, liberating Cambodian people from the savage Khmer Rouge; and third, from 1980 to 1985, dealing with the remnants of the regime, which was receiving support from foreign countries to regroup in Cambodia’s border area near Thailand.

An American later told me, “When the Vietnamese military arrived in Cambodia, the whole world protested – including the US – but now, I think that the world must express gratitude and support for Việt Nam for their early efforts to put an end to these terrorists.”

While it’s true that Cambodians welcomed the Vietnamese with open arms — at the time — a liberator who stays too long is an invader. And invading armies, even ones with the best intentions, tend to commit crimes and atrocities. The Vietnamese military was certainly no exception.

The truth is, Vietnam had little choice but to invade. It was under attack. It was concerned about its security. It was paranoid about being hedged in on two sides by China (the Chinese airstrip at Krang Leav didn’t help matters). Vietnam wanted, if not a passive neighbor, at least not an aggressive one backed by China. Saving the Khmers had little to do with it.

Previous articleSoutheast Asia wary of China’s Belt and Road project, skeptical of US. Survey
Next article‘Stop judging us’ / Kokopon founder on female entrepreneurs in Cambodia