The New York Times last January published a list of 52 places to go in 2018. Subtitled “a starter kit for escaping into the world,” the story was written around mid-2017 and put the “Cambodian Coast” in the number 13 spot. By December 2018, however, when the Times returned for a looksee, Sihanoukville just wasn’t quite the same.

No streetlights, no signs of human life were visible as my taxi inched in the dark toward Sihanoukville. This seaside city is one of the fastest-growing tourist destinations on the Cambodian coast, and I had braced myself for an onslaught of neon. Instead, at 9:30 p.m., all I could see was dust billowing behind us, on a highway where pavement was more of an idea than a reality. …

When morning broke, the nothingness revealed itself to be a landscape of construction sites. Three high-rises were going up next to, across from, and cater-corner to Naia. Piles of trash adorned those dusty roads. …

Taxi drivers and hotel workers I spoke with sounded dismayed, commonly using the word “sad” to describe the state of their city. They told me about drunken fights and a rampant sex trade. Real estate prices have tripled, and the Chinese bring in their own labor rather than hire Cambodians, they said. Villagers no longer have beaches to go to, and the worry is that pretty soon they’ll no longer have villages.

Sihanoukville, until not that long ago, was a sleepy little beach town with big dreams. Most businesses ran lean in the low season, waiting — hoping — to cash in during the few busy months from November to February.

When the Chinese started arriving, with deep pockets and big plans, it looked to many like the golden goose had landed. Money, especially when you don’t have much, can often look like the answer to all of life’s problems. Sihanoukville seems destined to learn the truth the hard way. 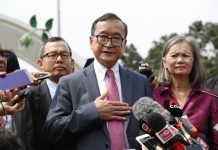 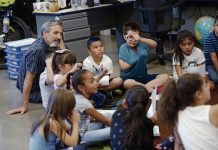 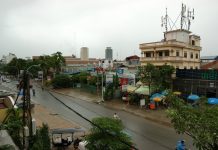