Tuy Kdong, 39, drove his wife, Yun Pi, and young daughter in their Indian-made tuk tuk to the center of Siem Reap town last week. He stops outside the École française d’Extrême-Orient (EFEO), where a number of his former colleagues are ready to begin their protest.

The out-of-work temple worker was helping to restore the Western Mebon temple within the Angkor Archaeological Park, a craft he had mastered over the years.

But a dispute involving EFEO, the French Embassy and the Apsara Authority, which administers the tourist site, over wages and employee benefits has left 126 workers without any work for nearly two years. And, in the meantime, the Apsara Authority has hired other workers for allegedly lower wages. 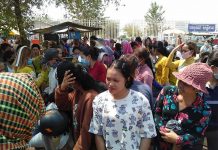 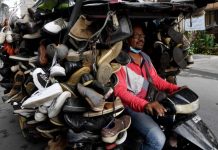 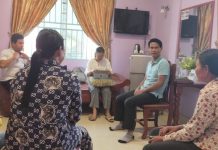 Hun Sen: no Chinese naval base