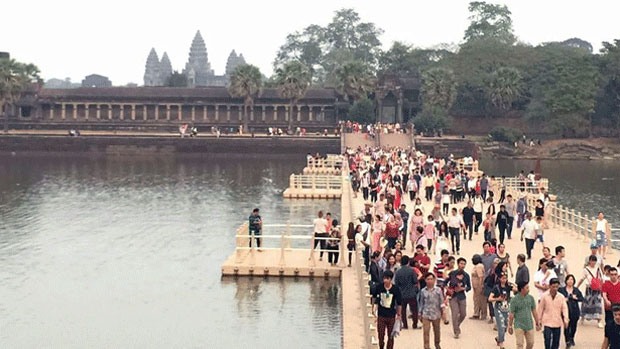 The number of foreign tourists visiting Cambodia’s iconic Angkor Wat temple complex fell last year, with NGOs and other sources blaming the drop in numbers on political instability in the country and high service fees charged to visitors.

Revenue to the Angkor Archeological Park in Siem Reap province last year came to U.S. $2.2 million, while ticket sales in 2018 brought in $99 million, according to recent figures released by Cambodia’s Ministry of Tourism.

Tourists from China, the United States, and South Korea meanwhile remained the largest source of foreign income to the vast 12th century Hindu temple complex, the Ministry said in a year-end report.