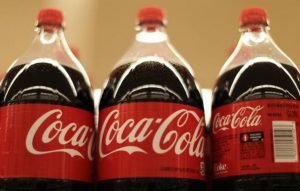 Bangkok – A Thai court has accepted a landmark lawsuit filed by plaintiffs representing a class of over 700 Cambodian farming families accusing Asia’s largest sugar producer of grabbing their land and destroying their livelihoods. In line with Thai legal procedure, the judges have asked the plaintiffs and the defendant, the Thai sugar giant Mitr Phol, to attempt mediation on September 6. If mediation fails, litigation will proceed.

The complaint, filed in March of this year, accuses Mitr Phol of forcibly displacing the families in rural northwestern Cambodia between 2008 and 2009 to clear the way for an industrial sugarcane plantation – an agriculture project that ultimately failed. In all, Mitr Phol’s subsidiaries, including Angkor Sugar Company, appropriated some 9,430 hectares of land and community-managed forests from 26 villages, leaving residents deeply impoverished to this day. The complaint is the first ever class-action lawsuit filed in the Thai courts by foreign plaintiffs for abuses committed by a Thai company overseas.