The government has pledged to punish mobile telephone operators that do not register the identities of their users—or fail to shut down anonymous numbers—by the middle of the month, threatening fines or suspensions for non-complying companies.

“By the middle of November, the Ministry [of Posts and Telecommunications] will create a working group, including ministry officials and national police, to visit all companies and review whether they’ve followed our proclamation,” Im Vutha, spokesman of the Telecommunication Regulator of Cambodia, said on Tuesday.

The warning follows a recent push for SIM card registration by the ministry, which released a proclamation early last month requiring Cambodia’s six mobile phone operators to ensure all of their SIM cards were registered with the name and an identity card of each user.

“In general, threats and fraud were happening over the phone because of unregistered SIM cards,” said Chhay Sinarith, deputy national police commander in charge of internal security, adding that the police would assist in investigating mobile operators and enforcing the new regulations.

While the deadline for registration was on Tuesday, it is still unclear if the ministry’s latest threat to organize a “working group”—or punish service providers—has teeth.

A 2012 circular requiring identification for all SIM card purchases is still erratically enforced. And despite General Sinarith promising in January to wipe out unregistered numbers by April, service providers have not fallen into line.

While Mr. Vutha of the telecoms regulator promised to “take measures according to the telecommunications law” this time around, he admitted that the specific measures remained unclear.

“We could suspend their licenses or fine them in a lot of ways,” he said, adding that the ministry would have to build the punishments “step by step.”

Mr. Vutha said regulators had yet to collect figures on how many SIM cards remained unregistered.

Contacted through communications officers, neither Smart nor Cellcard responded to requests for comment on what percentage of their customers had registered, or what efforts they were making to comply.

Stores across Phnom Penh on Tuesday were still humming with customers filling out documents.

Hou Vichet, who sells unregistered Metfone SIM cards behind a glass counter just outside Central Market, said that his business had not fallen off as a result of the proclamation, adding that he still sold about 20 to 30 unregistered SIM cards per month.

“They want to use it just briefly, say, and then close the number later. Maybe they’re going to leave the country and go far away,” he said of his customers.

When asked if he thought those who bought unregistered SIMs had illegal plans in mind, he shook his head.

“Most of them just want to use the internet,” he said, adding that he did not believe the government would follow through on its threats.

“I don’t think they’ll shut the numbers off.” 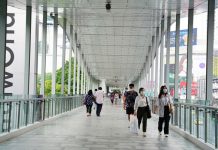 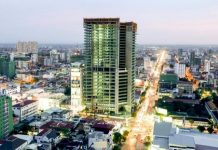 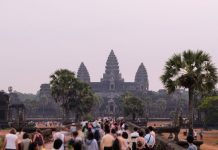 4 Hotels Bar Strikers From Coming Back