Agribusiness tycoon Mong Reththy met with the agriculture minister on Tuesday to seek help for pig farmers who complain they are struggling to compete with cheaper imports from Vietnam and Thailand.

“The meeting was about citizens worrying about too many imported pigs,” Mr. Reththy said. “Pig importers…supply the Cambodian market with cheap pigs, and this price affects local pig raisers.”

Meas Soth, a 63-year-old pig farmer in Kandal province, said he was close to giving up pig farming after losing nearly $20,000 in the past few months. Previously, Cambodian pig farmers have said that they were being undercut by foreign breeders pricing their pork at least $0.30 per kg cheaper.

“The price of our pigs cannot compete with Vietnamese or Thai pigs,” said Mr. Soth, who urged the Agriculture Ministry to curb pig imports and help lower the price of pig feed. “I don’t raise a lot now.”

Sen Sovann, director-general of the Agriculture Ministry’s animal health and production department, blamed the pig glut on Vietnam, saying its exports to China have slowed, leading to an influx of exports to Cambodia.

“Vietnam is producing more pigs than the market demands, which causes the price to go down,” Mr. Sovann said.

He also said Cambodia struggled to compete with its neighbors due to inefficiencies, such as high feed prices.

The government banned pig imports in August 2007 in order to improve the domestic pig-farming industry, but the ban was lifted seven months later after the price of pork more than doubled.

Despite claims from importers that Cambodian farmers could only supply 1 percent of the country’s demand of about 10,000 pigs per day, Mr. Reththy said that they could actually produce more than 7,000 pigs daily.

“It is not necessary to import pigs from neighboring countries,” Mr. Reththy said. “But this is the way they are doing business.”

Tuesday’s meeting was to continue at a later date and no immediate plan for resolving the issue was discussed. 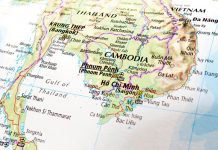 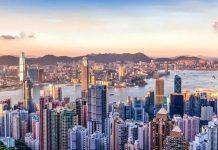 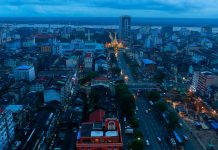 Capital meant for Myanmar may seek havens in Vietnam and Cambodia