A little more than a month after joining the Cambodia Securities Exchange, the stock market’s newest listing is struggling to attract much interest.

Trading has been sluggish for shares of the exchange’s fifth addition, the Sihanoukville Autonomous Port (SAP), and some days have seen no purchases or sales. It’s indicative of a larger problem on the market, where activity remains slow and the number and size of listed companies remains relatively small.

After an initial opening price of 5,360 riel per share on June 8, SAP’s share price fell to 5,100 riel by closing that day. Since then, it has hovered around that amount, fluctuating slightly but always closing at between 5,000 and 5,100 riel per share.

The exchange has been open for 25 days since SAP’s listing, and 10 of those days came and went with no activity or movement in the port’s shares.

Lamun Soleil, director of the market operations department at the Cambodia Stock Exchange (CSX), said he wasn’t sure why the SAP’s stock had not performed well.

He suggested that investors believed in the company and “intend to hold the shares for a long time,” adding, “The situation is likely to continue if no action is taken.”

SAP’s CEO, Lou Kim Chhun, also noted the poor trade volume, but said he had to study the issue to determine whether it was a company-specific problem or a more widespread trend with the stock exchange.

“The buy and sell activities on the stock market seems to be very little from all the listed companies, not just Sihanoukville Port,” Mr. Kim Chhun said. “We are now watching and consulting with CSX to find out whether the low activity is only happening to us or everybody.”

Nevertheless, the port’s initial public offering (IPO) last month was fully subscribed, with the majority of the public shares—amounting to 25 percent of the total—being sold to the Japan International Cooperation Agency, raising $27 million altogether.

The market’s most-active stock is that of Phnom Penh Autonomous Port, but even that company’s chairman, Hel Bavy, said trading had not met the company’s expectations.

“We did sell out 20 percent of the shares to the public at the IPO, and the value did increase [for] each share,” he said. “But it’s still relative new products. Even the buyers are new.”

He encouraged the government to work more with the five listed firms and organize meetings so they could discuss their experiences, and further promote listings to spur more activity.

As part of its ambitious 10-year plan for the financial sector, the government has proposed a series of goals to encourage banks and smalland medium-sized enterprises to list on the exchange, though details of how it would implement those plans remain unclear.

Mr. Soleil, from CSX, said the exchange was looking to bring more listed firms to the stock market, including “big, well-known and profitable or potentially profitable companies.”

But he cautioned that progress in the nascent exchange market would remain slow.

“The Cambodian capital market has been complementing the banking sector, but still in a very small part,” he said. “In my personal opinion, it would take at least 5 more years before the capital market takes noticeable share in the Cambodian financial system.” 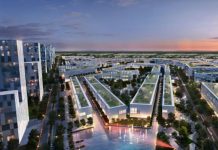 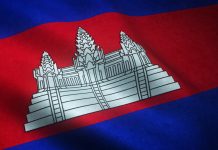 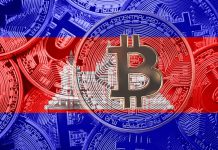