The E.U. is the world’s leading investor in Asean countries, yet less than 1 percent of its investments in the region are made in Cambodia—a statistic reflective of the country’s human resource deficiencies and opaque business environment, E.U. officials said Monday.

Meeting at the first Cambodia-E.U. business dialogue organized by the European Chamber of Commerce in Cambodia (EuroCham) in Phnom Penh Monday, representatives of the bloc urged Cambodia to push ahead with reforms to draw more foreign direct investment (FDI) from European businesses.

“In the past, there was hesitation from European investors,” said EuroCham chairman Emmanuel Menanteau. “But now, with integration into the Asean market, political stability and reforms, investors are attracted, but FDI [in Cambodia] from Europe is still small.”

Data presented by the E.U.-Asean Business Council showed that in 2014, Cambodia received 0.3 percent of total Asean-bound investment from the E.U.—$86 million of about $29 billion. That money was spread across a range of sectors, from infrastructure to banking.

A business confidence survey of 72 European and international business representatives in Cambodia, conducted by EuroCham last year, offered some clues as to why other foreign investors may be snubbing the country. While 79 percent of respondents cited the low cost of human resources as the main benefit of investing in the country, 53 percent identified a lack of available human resources as the main obstacle in doing business.

Sok Chenda Sophea, secretary-general of the Council for the Development of Cambodia, said boosting education and training was a priority of the government.

“Skilled training is a priority. We want to produce more Ph.D. students, and have training courses that quickly upgrade the skills of workers,” he said. “Attracting FDI is not just about tax incentives. A shortage of skilled workers is also an impediment.”

The EuroCham survey also suggested that a lack of confidence in government agencies was a deterrent to E.U. investment.

Opaque processes and fees, complex bureaucratic procedures and unclear laws were the top three issues respondents said needed to be addressed by the government.

A policy “White Book” produced by EuroCham was also officially handed to the government on Monday, calling for greater clarity on laws and regulations across eight sectors of the economy.

Sok Piseth, president of the Young Entrepreneurs Association of Cambodia, welcomed the proposals, warning that local businesses would need to adapt in order to attract European partners.

“Most Europeans require business to be done with standards and in a systematic way,” he said. “We have a different way of doing things, but we have to be more systematic and make companies more transparent too.”

Some E.U. officials noted that government reforms—including last year’s Industrial Development Policy, which aims to upgrade the nation from labor-intensive industry to skilled-labor employment—were pushing the country in the right direction.

“The Ministry of Commerce’s online business registration launch is also a positive step,” he said. “And, there is still strong business confidence—81 percent of respondents [to the survey] planned to further invest in Cambodia.”

But Philip Dupuis, head of the E.U.’s economic and trade section in Thailand, urged the government to step up the pace of reforms to facilitate higher-value production amid a shifting international trade system that could threaten the country’s traditional advantages.

“The country is in competition for investment, and the world is not standing still,” he added. “Skilled workers and the legal environment are crucial to sustaining the country’s competitiveness.” 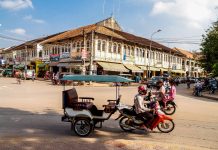 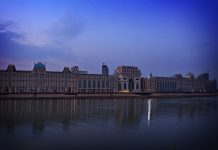 ADB lowers Cambodia’s economic growth forecast to 1.9 pct for 2021 due to prolonged pandemic 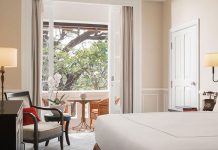 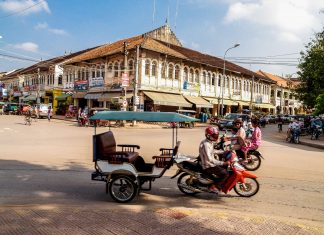 The Election Bells are Again Ringing Early in Cambodia