The figure raised concerns in a tourism sector nervous over an impending ticket price hike at the park that could derail slowing and weak visitor growth.

In August, Angkor Enterprise announced that foreigners would pay more to enter the park beginning February 1, with one-day ticket prices increasing from $20 to $37, three-day tickets from $40 to $62 and weeklong tickets from $60 to $72.

“The private sector in the industry submitted a letter requesting the government to delay the price increase or increase it less,” he said, adding that his group had yet to hear back from the government.

“Angkor Enterprise has said that most tourists only buy a one-day ticket and has discussed with us how to attract tourists to stay longer so we can make more profit,” he said. “The price increase is too high because the increase in international tourists is a lot slower” than it had been in years past.

Foreign visitor arrivals to Siem Reap were up just 2 percent through October last year compared to the same 10-month period the year before, according to the latest statistics from the Tourism Ministry, coming in below a 4.3 percent growth for the comparable countrywide figure.

The World Bank also registered its concern over the slowing growth in the number of international visitors to the country in its latest Cambodia Economic Update published in October, suggesting the government diversify tourist attractions outside Angkor park to keep international tourists longer and encourage them to return.

“It appears that arrivals to Cambodia continue to be largely attracted by the Angkor Wat complex although the country is endowed with countless historical, cultural and natural destinations,” the report says. 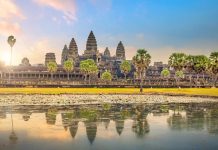 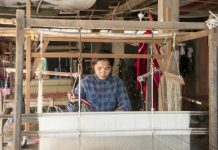 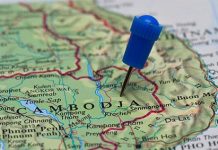 Sihanoukville eyes a bright future to become ‘Shenzhen of Cambodia’

6 of the best Cambodian street foods