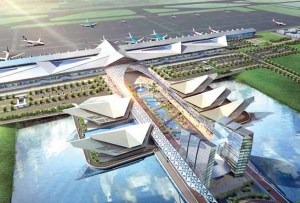 Cambodia has ambitious plans to increase the number of tourism arrivals from six million in 2018 to 12 million by 2025 as it builds two new airports in Phnom Penh and Siem Reap and renews, enlarges and modernises the one in Sihanoukville.

According to Prime Minister Hun Sen, a new airport for Phnom Penh in Takhmao city, Kandal province, some 30 kilometers southeast of Phnom Penh, funded partly by Chinese loans would create 18,000 jobs. This new airport would be capable of accommodating the Airbus A380-800 and Boeing 747-800 aircraft and will cost around $1.5 billion to build.