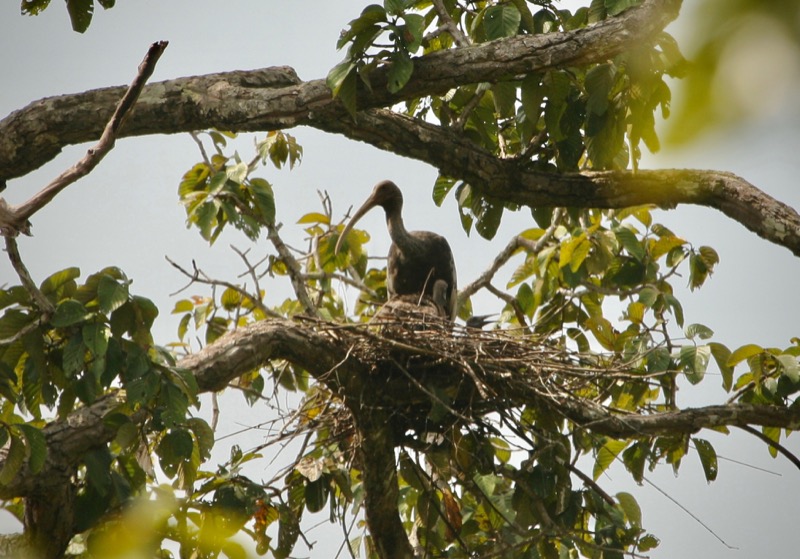 The species, which usually lay two eggs per clutch in the wet season, “has undergone an extremely rapid decline as a result of hunting, disturbance and lowland deforestation,” according to the International Union for Conservation of Nature’s Red List of Threatened Species. 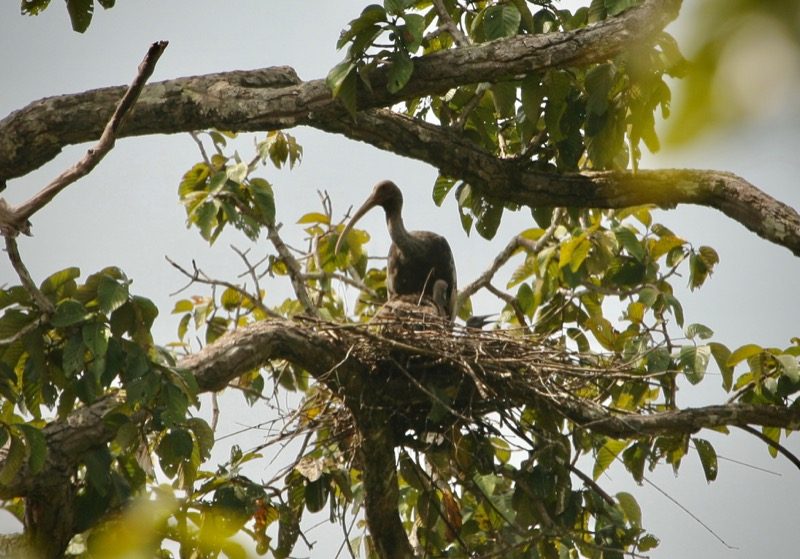 “It is likely to continue to decline extremely rapidly owing to on-going deforestation and human disturbance,” the group’s website says.Thong Sokha, wildlife research and monitoring team leader for WCS and the Environment Ministry in the province’s Chhep Wildlife Sanctuary, said the team had recorded 14 nests in that sanctuary and five in Kulen Promtep Wildlife Sanctuary as of last month.

Between 14 and 18 nests were usually found in the province per breeding season, Eng Mengey, WCS communications officer in Cambodia, said on Wednesday.

“About 99 percent of the global population, estimated to contain 194 mature individuals, lives in Cambodia, making it the most important country in the world for giant ibis conservation,” the WCS statement said.