The boy, Sam Mara, had been attempting to offload small packets of the drug along a section of railway tracks in Boeng Kak II commune, according to commune police chief Khann Khontith.

“We found 59 small packages of ‘ice’ in a plastic bag that he was carrying,” Mr. Khontith said, using a slang term for crystal meth.

Being a minor, the police chief said, the boy was handed over to social affairs officials.

Sorn Sophal, director of the municipal social affairs department, said the boy was himself addicted to meth and was sent to the city’s drug rehabilitation center in Pur Senchey district on Tuesday.

Ev Phearith, chief of the municipal police’s anti-drug bureau, said his officers were now searching for those who had ordered the boy to distribute the meth, “because he clearly doesn’t know how to sell drugs by himself.” 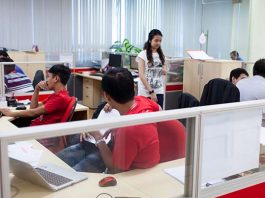